Information on repelling Japanese beetles and their grubs 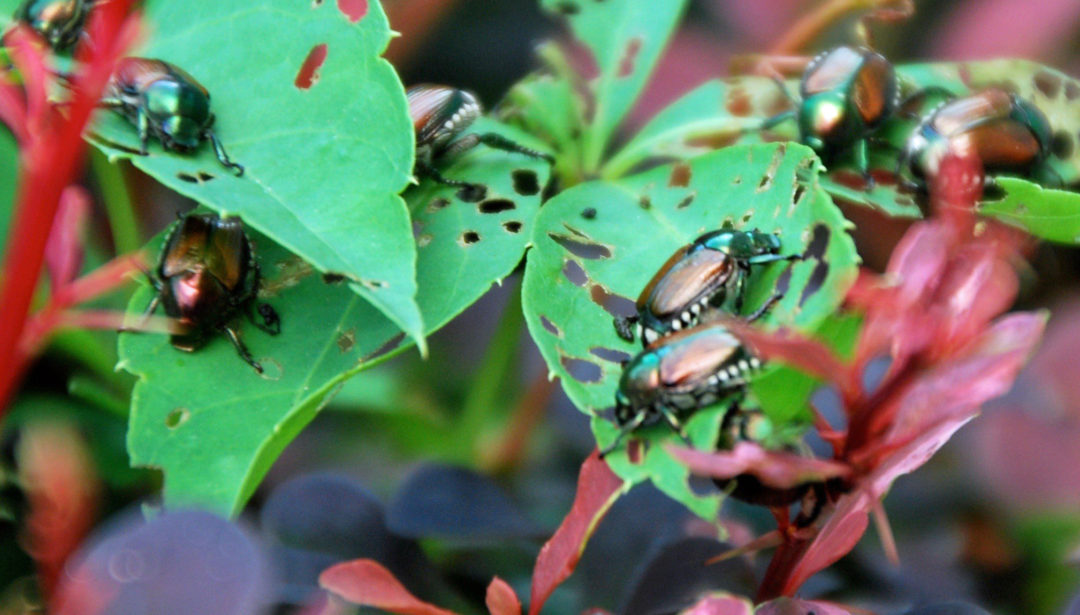 Japanese beetles can decimate otherwise healthy rose bushes, and they feed on nearly 300 other species of plants, as well. These beetles begin their month-long feeding and mating frenzy around mid- to late June, defoliating our prized plants. Japanese beetles generally stick to a 1- to 2-mile area if the food source and egg-laying conditions are favorable. A single Japanese beetle won’t do a lot of damage but they generally congregate in larger groups, working from the top of a plant downward and preferring to feed on plants in full sun locations.

The life cycle of the Japanese beetle starts as soon as adults emerge and begin to mate. Females burrow into the ground in the afternoon and lay 1 to 4 eggs every 3 to 4 days. The eggs hatch to a larva (or the familiar white grub stage) where they continue to develop for 10 months. Grubs prefer moist soil with lots of organic matter, and they especially love tender grasses. They are drought tolerant and will move deeper into the soil during scorching late summer heat. It is during this feeding period they can do the
most damage to your lawn grasses.

Beetles overwinter in this grub stage, moving deeper yet into the soil to withstand any cold weather and becoming inactive when the soil temperature drops below 50 degrees. Many birds such as starlings, common grackles and crows will eat grubs in heavily infested areas. A sure sign of infestation is a large flock of starlings digging up the grubs with their long, pointed bills or crows pulling up small pieces of turf as they dig and search. Moles, shrews and skunks will also feed on grubs.

A natural method of grub control is milky spore. The spores will kill the Japanese beetle grubs in your lawn, although it will not stop the flight of adult beetles.

The best safe way to deter adult beetles from your property is a cedar-oil-based insect repellent. Its odor is noxious to beetles and other pests, and it is an all-natural way to repel them…or if they stick around, it will shut down their receptors, and they’ll eventually leave or starve and die.

Another easy, natural way to control the adult Japanese beetle is hand collecting. This is best done early in the morning when the beetles are the least active. Reducing the numbers on a plant makes it less attractive to other beetles flying in. Shake or knock them into a bucket of soapy water to kill them.

We don’t recommend the use of Japanese beetle traps for home landscapes. They should be limited to large open areas away from valuable plants, because the powerful attractant can actually draw more beetles into an area. We also don’t recommend toxic insecticidal sprays and dusts to protect ornamental plantings, as they can unintentionally spread to food crops and they can harm precious pollinators like bees and butterflies.

Another extremely effective way to control grubs and adult Japanese beetles is Food Grade Diatomaceous Earth. It works through a physical, non-chemical process of destroying the exoskeleton of pests. It’s like tiny shards of broken glass that cut through their protective outer shell and cause them to dehydrate. It’s non-toxic, and is even safe if ingested by warm-blooded creatures. It can be sprinkled liberally on plants and on the soil. Be warned, though, that it can harm pollinators if they land on it, so it should be used only on plants that don’t attract bees and butterflies. It should still do a terrific job of controlling the unwanted beetles, even if it’s used away from flowering plants. 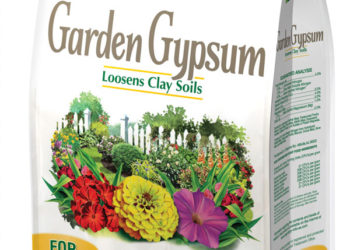 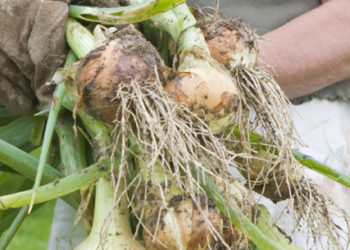 How to Grow the Most Flavorful Onions 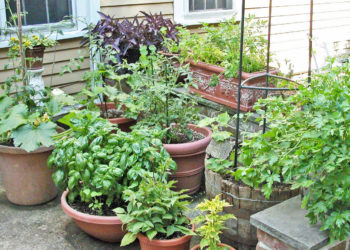 Think Inside the Box: Growing Veggies in Containers