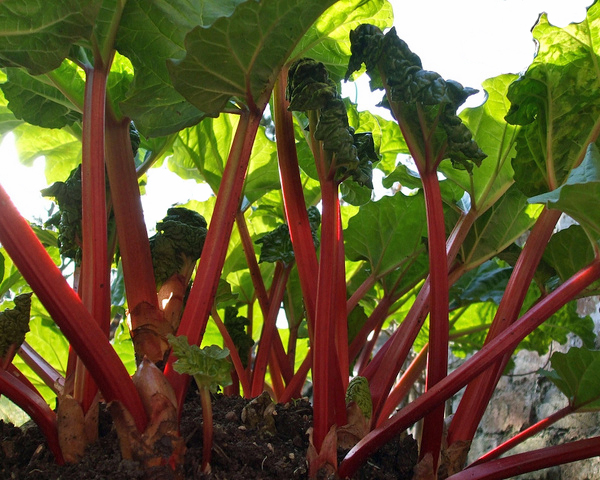 Rhubarb is a hardy perennial in all but the hotter and dryer climates and will most often bear a productive crop for 8 to 15 years.

That said, it is advisable to properly prepare the soil for your first planting, as the rhubarb will be relying on the nutrients and soil structure for a good long time. So, cultivate the soil to a good depth, preferably between 12 and 24 inches, and mix in a good amount of organic matter such as compost or manure. It’s best to do this about one month prior to planting so as to allow the soil to consolidate. If you have heavy clay concentration, replace about half of the soil with sand when adding the organic material. Rhubarb needs good drainage and for the most prolific harvest, full sun, though it will also grow in partial shade.

Also, remove as many weeds as possible so the rhubarb is not competing for nutrients and so you don’t stress the new growth by digging weeds in close proximity before the plants are fully established.

For a single rhubarb plant, dig a hole at least 2 feet in diameter and in depth, partially back-filling the hole with a 50/50 mixture of soil and compost or well-rotted manure. If planting multiple plants, dig a trench and do the same, allowing about 3 feet between plants. For each plant, you should mound the soil, spreading the roots down over the sides of the mound and then covering the plants with the remainder of the soil so the buds are 1 to 2 inches below the surface. Lightly tamp the soil and water well. As the new growth emerges, make sure the new plants get at least an inch of water a week.

Now you must exercise extreme patience. You should refrain from harvesting any rhubarb the first year. It’s hard, but it is critical to establishing productive plants. Clip the flower stalks and remove seed stalks immediately. Seed stalks will normally form later in the summer; they are tall, round and thick and look quite different than the edible leaf stalks. In the second year, in the early spring, you can harvest a few leaf stalks (petioles) as they reach finger thickness, but leave the majority on the plant to enhance root development. From the third year on you can harvest as much as you want.

Now, if you live in the desert regions like Northern and Western Texas, Southern Arizona and parts of New Mexico: you, too, can grow rhubarb, but as an annual rather than a perennial. If planting in sandy soil, plant the crown a little deeper than normal. You will be planting in the early fall as the nights start to cool and harvesting in the late fall and early winter. You may want to choose a spot with dappled shade or mostly morning and early afternoon sun, but if you have to plant in full sun, you can use a when necessary.

To harvest, snap stems off at the ground or gently twist at the base. Trim the leaves off immediately, as they contain oxalic acid, are poisonous and should not be eaten. It’s fine to throw them in the compost bin, though. Then you can store rhubarb whole in the fridge for up to 3 weeks in sealed plastic bags, or you can clean and cut into 1-inch pieces and freeze them for up to 1 year. You can substitute chopped rhubarb for half of the fruit in any dessert recipe; it’s nutritious and adds texture, color and interest. One cup of diced rhubarb has only 26 calories, no cholesterol, low sodium, and very high levels of calcium, dietary fiber, manganese, potassium and vitamin C.

In late fall or early winter, an application of composted manure or leaves is beneficial. However, do not cover the crowns, since it may promote rotting. We don’t recommend using fresh manure when mulching, as it can burn the tender rhubarb plants. 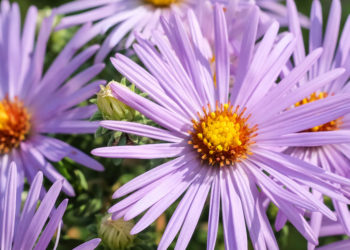 How to Grow a Garden Resistant to Deer 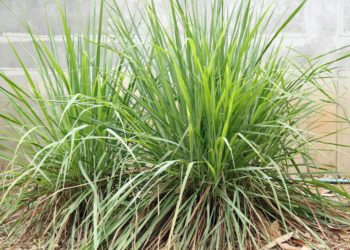 How to Grow Lemongrass-Indoors or Out 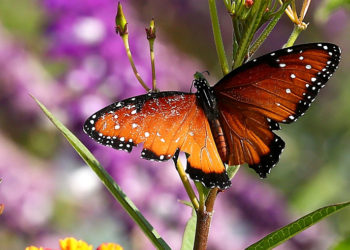