Ever been asked by an agricultural inspector at an airport if you’ve been on a farm, are bringing home any plants, or have handled snails? Long before Homeland Security was worrying about terrorist attacks, the USDA was worrying about a different kind of attack.

Consider the Japanese beetle: for centuries it lived peacefully in its country of origin where, because of the climate and lack of large grassy areas, it never became much of a problem. Then, nearly a century ago, the organizers of the 1916 World’s Fair arranged for a shipment of irises to be sent from Japan to New Jersey to help decorate the fairgrounds. The irises arrived safely at the port in Newark, and hiding in their leaves were a few pretty little metallic beetles.

Their new habitat proved to be a bonanza of food and security for the Japanese beetle. Around them were more than three hundred species of flowers, plants, vines, ornamentals, shrubs, and trees that they liked to eat, as well as large tracts of turf grass that were a perfect environment for them to lay their eggs. Best of all: not a single natural enemy! The beetles soon spread throughout the entire northeast, working their way north up into Canada, south as far as Alabama, and west all the way to Colorado.

At this point, no one even talks about trying to get rid of them completely, there are just too many spread over too great an area. But it is definitely possible to control them, and that is what we’ll be discussing in this month’s newsletter.

Japanese beetles remain dormant below the soil during the winter and spring, and emerge as early as mid-June to begin eating and mating. After a day or two the females burrow a few inches below lawns and pastures and start laying their eggs. They keep busy with this and don’t let up until summer is almost over, coming up regularly to eat and mate. Meanwhile, the males just hang around 24/7, eating and mating, while their grubs mature every week or two and join their dads in the food fest. Sound like fun? Only if you’re a Japanese beetle! Now is the time to figure out how you’re going to control these critters.

The good news is that you can do away with Japanese beetle grubs using entirely organic methods that will not harm people, pets, birds, bees, fish, or the ecosystem. Though only toxic pesticides will entirely wipe out the adult population, you don’t need to: once the grubs are gone, whatever adult beetles show up on your land will probably only amount to a minor nuisance. And while you’re working to eliminate the grubs, the organic products we sell will keep the adult population down to manageable levels. So let’s talk about two products you can use on the adults: Cedar Oil and Neem Oil.

You will see that the beetles will then leave your plants alone, although you’ll need to repeat the routine as soon as you see they are returning. The point is to cut down on the number of adults and protect your plants while you’re in the process of eliminating the grubs.

The eggs that become grubs are laid two to four inches below the ground, usually in grassy areas. One sign that you have a serious grub infestation is that you’ll see brown or yellow patches in your turf. This is because the grubs chew off grass roots, preventing them from taking in adequate water. The damaged sod becomes insecurely anchored and sometimes can even be rolled back like a carpet. If the damage to your turf has gone this far, it may be too late to save it, so be sure to take action before it reaches this stage.

Milky Spore Powder is a simple, natural way to kill these grubs. It’s actually a kind of bacteria, and it’s been used on Japanese beetle grubs since 1948. As the USDA explains, Upon ingestion, these spores germinate in the grub’s gut, infect the gut cells, and enter the blood, where they multiply. The buildup of the spores in the blood causes the grub to take on a characteristic milky appearance.

Therefore Milky Spore Powder is the most effective and environmentally safe, long-range solution for controlling Japanese beetles. As the grubs ingest the spores, they become infected and die, and then release billions more spores back into the soil. Though it takes a few years for the spore concentration to reach ideal levels, you will certainly see a decrease in grubs after the initial application.

Milky Spore can treat areas of between 2,500 and 10,000 square feet. We recommend treating as large an area as possible, because adult Japanese beetles can fly anywhere on your property unless your property extends more than five miles!

This flying ability is one reason the Japanese beetles are so insidious and it’s also the reason that the best results come about through a community effort. Talk to your neighbors and see if you can work together to keep everyone’s property free of infestations. By attacking the problem together, you will not only get the best results but will save money, as well.

The Way of the Pros: Integrated Pest Management (IPM)

There are other natural ways to control Japanese beetles using integrated pest management (IPM) techniques. These involve planting plants that the beetles don’t like and phasing out those they do, using parasites and nematodes against them, employing mechanical traps, and more. For serious infestations, it is also recommended that you take samples of your soil from several different locations to determine what you’re up against and therefore what it will take to control the Japanese beetles on your land. To learn more about the IPM approach, consult Managing the Japanese Beetle: A Homeowner’s Handbook, a free publication of the USDA.

One last thing: we don’t want to sound too much like the USDA ourselves, but if you’re driving or flying from east to west, check your clothes and bags to make sure no beetles are coming along for the ride. Let’s keep Arizona, California, Idaho, Montana, Nevada, Oregon, Utah, and Washington free of Japanese beetles for as long as possible.

Good Luck and Happy Gardening from all of us at GrowJoy!

1
Summer and Winter Squash-The Differences Explained Why Are My Tomato Leaves Turning Yellow?

Guide to Staying Healthy in the Garden 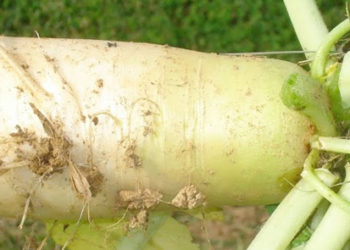 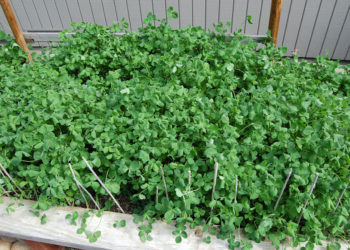