Bacterial wilt, unfortunately, is very common. This destructive disease sometimes causes the complete loss of your cucumber, cantaloupe, squash or pumpkin plants before you've even had a chance to see one tiny fruit develop.

The symptoms start as leaves or groups of leaves wilt, followed by entire runners and then whole plants succumbing to the bacteria. Unlike many diseases, the wilting foliage may appear dark green and healthy, except for the wilt, but will eventually turn darker and blacken as it dies. Though not 100{2261234e244c7fbba74d51dca74a268749f09f18a1ee8a57e0936953fe40690d} reliable, you can test your cucumbers and cantaloupe plants to see if bacterial wilt is the culprit. Using a sharp knife, conduct a â€˜bacterial ooze test.' Simply cut through one of the wilted vines near the crown. Once the cut is made, touch the knife to the cut end, slowly pulling the blade away. If bacterial wilt is present, you will see fine threads of bacterial slime as it is drawn out of the cut. This test is not as reliable for pumpkins and squash, probably due to the structure of the vine itself. For these particular fruits, place cut pieces of stem into a glass of water and the â€˜ooze' will flow into the water.

The other, more obvious, indication is the presence of the spotted or striped cucumber beetle or evidence of their feeding. If you are in the habit of checking your vegetable plants regularly, you may see the chewed leaves before you see the beetles, though any sign of chewing or wilting on your leaves should encourage you to look further. The striped cucumber beetle is about 1/5 inch long, is yellow-green and will have 3 black stripes running the length of the beetle. The spotted cucumber beetle is just a little bit larger, about 1/4 inch long, with 3 symmetrical bands of 4 spots each going across the width of the body. The larvae, which feed on the root systems, are cream-colored with dark heads.

*Studies, specifically at Ohio State University and Iowa State University, have found that leaving the row covers on 10 days longer than normal results in significantly better control. Put the row covers on as you plant or transplant. Most recommendations will say to remove the row covers when flowers appear, but the studies at these universities have found that the first flowers to appear are male, which means they are not necessary for pollination. Waiting until the female blossoms appear not only results in better cucumber beetle control but it does not negatively affect crop yield.

One noteSimilar symptoms that can affect cucurbit vines are caused by the squash vine borer. Unlike entire groups of leaves or vines wilting, the damage is usually limited to single vines on plants that are otherwise healthy. The squash vine borer is a whitish-colored caterpillar with a brown head and can be found inside the stems of the wilted vines. You may also see a moist, sawdust-looking material around the runners infested by this pest. Cucumbers and melons are not usually first on their list of preferred veggies, though. Squash vine borers will go for squash, zucchini, pumpkins and gourds first; their favorite is Hubbard squash, while they will avoid butternut squash. If plants other than your cucumbers and cantaloupe are wilting, then the squash vine borer may be the perpetrator, not the cucumber beetle. You can look to this article for ways of controlling or deterring this pest: Invasion of the Squash Vine Borer

0
Do YOU Ipomoea? Vining Plants Don't Trail In Popularity What Are Genetically Modified Organisms (GMOs) 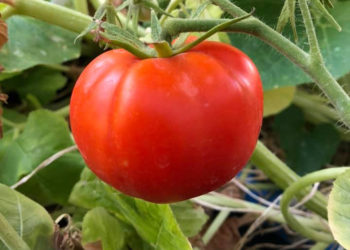 Better Boy, One of the Best Tomatoes 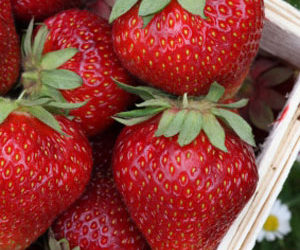 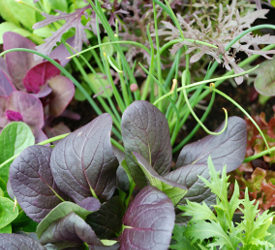