Can I Replant My Dracaena Spike Plant?

I have a Dracaena Spike plant that I purchased 3 years ago and wintered indoors and replanted outside in a large pot on my porch. I use it as a centerpiece and put annuals around it. This year it is over 3 ft. tall and 3 ft. in circumference. Since I have two, I don’t think I can bring them indoors. Can I propagate them by removing the top portion and replanting it? Any other suggestions? Bev

Answer: The Dracaenas are a large family of more than 40 varieties, which in their native climate would be rugged, low-maintenance shrubs. As a houseplant the common varieties are sold as “lucky bamboo,” corn plant, and the most common dracaena, ‘marginata’. The ‘marginata’ is prone to becoming long and looking somewhat like a giant bottle brush but it does propagate well. However, spring is usually the best time to do this, although I’ve had some successes in the fall. Since you have two I suggest you try it with one now and leave the other until spring. Don’t throw away the mother plant. If you leave it potted it will sprout new growth around the top of the cane, sometimes two or three sprouts. For the top you cut off, be sure to remove any foliage that would be below the soil. If you have some powdered rooting hormone, dip the cane in some water and then into the rooting hormone to help it get started producing roots from the former leaf nodules. Keep it evenly moist and out of direct sun until it has started to set root. This process could take several weeks, so be patient. You can do this several times and really have a whole potful of nice spiky dracaena!

And if it doesn’t work well, we will have more in the spring! 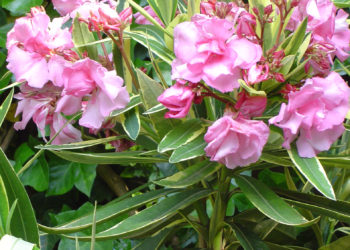 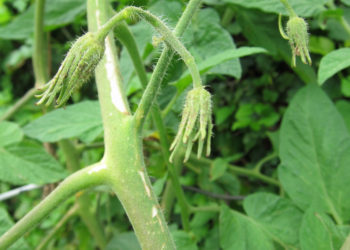 Why Are My Tomato Blossoms Falling Off? 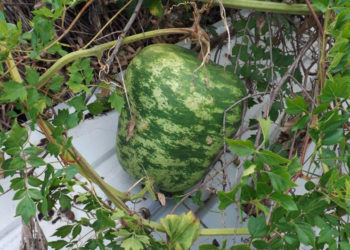 When Should I Pick My Gourds?