What Are Genetically Modified Organisms (GMOs) 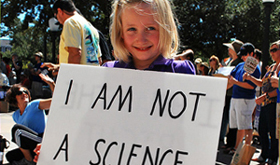 GMOs: Here to Stay, For Better or Worse

Do you like the idea of a strawberry with a fish gene spliced into it? We don't either. But genetic engineering is here to stay, and we feel it's important that our customers understand a little bit about it so that, as informed citizens, we can try to prevent things from getting out of hand.

Last newsletter we talked about the traditional techniques of crossbreeding to produce better varieties. But as time went by, plant scientists started to do everything on a microscopic level. At first they were doing the same thing they'd done before, such as taking one type of tomato and splicing a gene into it from another type of tomato. But then they started splicing together genes of different plants. Then things went even further, taking a gene from a bacterium and splicing it into a plant, so that every cell of the plant produces an insecticidal toxin. And some went further still.  As The Sierra Club explains.

Genes from an animal, say, a fish, can be put into a plant, a strawberry for instance. An attempt to improve strawberries by inserting a gene from an Arctic fishis supposed to make the strawberries more resistant to frost by causing the strawberry plant to produce a form of antifreeze which the fish normally produce to endure cold ocean conditions.

This became known as genetic engineering and the seeds and plants that resulted from it were called genetically modified organisms, or GMOs. But if we are going to mix up genes, how do we know what the ultimate effects will be on the people who eat the GMOs and on the environment in general?

Citizen groups pointed out the obvious: having GMO producers test GMOs for safety is like having Phillip Morris test cigarettes for safety. What's more, GMOs have not been around long enough for any long-term testing to be carried out. Like the splitting of the atom seventy-some years ago, genetic engineering opens up a Pandora's Box and we don't know what will eventually come out of it. What we do know is that whatever comes out will be difficult if not impossible to put back in.

Around the world, concerned citizens asked government agencies to err on the side of caution before allowing GMOs to be grown or sold. In Europe, this approach was adopted and the production and sale of GMO crops there is quite restricted.  In the United States and Canada, that did not happen, in part due to the immense lobbying efforts of Monsanto, the main GMO purveyor.

At this time, GMO corn, soy, and sugar are being grown and eaten extensively, along with a growing list of other crops. Only time will tell if they all prove to be safe. However, reports are already coming in that GMO cultivation is leading to the emergence of herbicide-resistant super weeds, that GMOs are setting off new allergic reactions in people, and that GMOs are changing the environmental balance. For example, milkweed has been dwindling as a result of GMO cultivation, a plant that species such as the Monarch butterfly depend on.

The anti-GMO movement has become popular among young people because they will be inheriting a GMO-laced world. Recently an eloquent 14-year-old named Rachel Parent successfully debated a pro-GMO TV host arguing that GMOs should at least be labeled so that consumers can choose whether to buy them. However, Monsanto has fought even that.

At Garden Harvest Supply we're all for better living through science, but this kind of science takes us into unknown territory. Though genetic engineering holds infinite promise for improvements, it also holds infinite possibilities for unforeseen negative consequences. Until long-term studies have been done, we will stick to selling tried-and-true varieties of seeds and plants. We know that these grow well, make great eating, and pose no risk of any kind. We don't think the same can be said of the strawberry that is part fish.

0
Have You Met Our SunPatiens Impatiens? Preparing Your First Veggie Garden 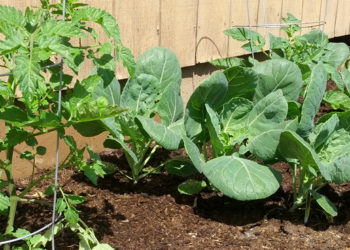 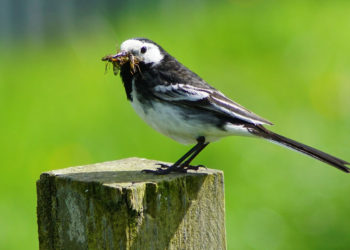 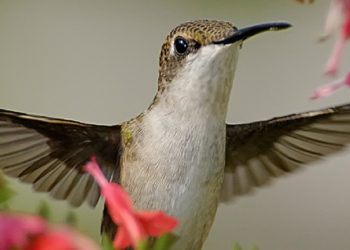 The Ultimate Dining Guide for Hummingbirds